Or, How That Escalated Quickly 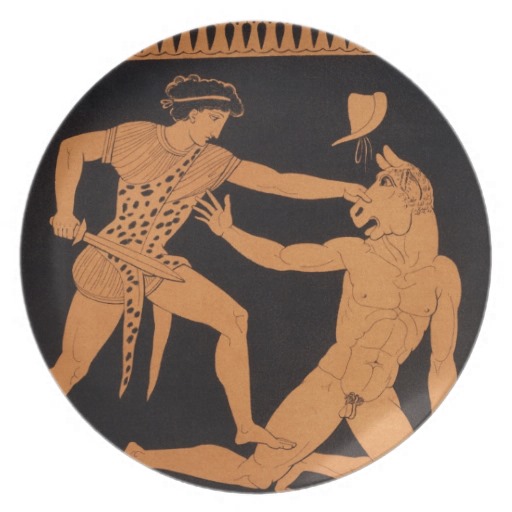 After defeating the werewolves, the group sought to recover from the harrowing battle. The brewery of Trickfoot’s family collapsed partially. However, the thorpsfolk was persuaded to help in rebuilding it. On another note, a storm was on the horizon. Abadon used an augury to find out how bad the storm would be, which it turned out was only “sound and fury.”

After setting forth for the Sunless Citadel, the party stopped to camp for the night. Agatha was on watch in the early morning when she found herself assaulted by BEES!

The bees themselves were the handiwork of three shapeshifters in an attempt to ambush the party. These shapeshifters were unusual in that though they appeared lycanthropic, they posessed parts from multiple DIFFERENT animals. Later the party determined that these were a true-breeding race known as Shifters. After a brief scuffle, the party captured one of the shifters and coerced her to reveal why the shifters attacked the group. The shifter’s name is Meridia.

The captured shifter (Meridia) revealed to the group that she belonged to the fey court of a half-fey king named Oberon. She goes on to say that a Great Wild Hunt has been called on the party. Specifically, that every member of her tribe is obliged to chase for sport the party, and bring them as trophies back to the tribe and to the summer court of Oberron.

With this information at hand, the party decided that the best course of action is to confront Oberon at his own domain. No doubt dumbstruck at the brilliance of the plan, the captured shifter agreed to lead the party to the court’s location. (Actually Meridia was impressed by how you spared her and all of her friends when attacked you, as well by both the priest and noble woman apologizing for desecrating the Wild Grove of the Great Huntress).

The party made it back to the Shifter colony which consisted of stone monoliths and “lean-to”s. The tribe of shifters was surprised to see their quarry come all the way to the settlement and was ready to give battle. Oberron watched the entire encounter invisibly to see how these interlopers would respond. Though the shifters gave repeated insult the party neither fled nor fought, and thus Oberron decided that these interlopers were, PERHAPS, too worthy to be sacrifices for the Great Huntress. Oberron revealed himself after using Mass Tasha’s Hideous Laughter on his own tribe to stop them from killing the party. After doing so he introduced himself to the party and demanded that they give account of themselves and how they would make offerings to the Great Huntress.

After much debate it was decided that the party would slay a Green Dragon IN A DAY and bring it back to the Settlement as an offering to the Great Huntress in their sted.