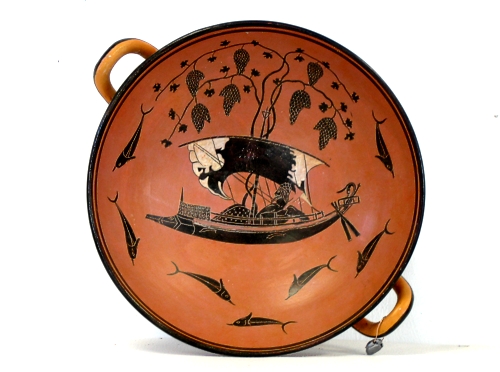 Deciding on heading towards Baneta, the party lashed three wagons together as a makeshift boat.

The group guided their makeshift raft to a standstill obstructed by a log held in place in the middle of the river. To their great surprise, the log began to speak of their destiny and an impending difficulty.

Immediately, a dozen orc fighters launched themselves on rams to pin the wagons on the river. Abadon noticed that the orcs were branded, which lead to the discovery that they were slaves from a faraway land. With this discovery, Korra attempted to halt the hostilities in order to free them. The efforts proved to little avail as the orcs were quickly dispatched by the group. Suddenly, several hurtling forms blotted out the sun.

It was the bogeyman of Korra’s childhood, that which had inflicted many forms of scars towards her father, an Ettin and all two tons were hurtling through the air at them. As the Ettin collided with the makeshift raft, it began to split apart, and two ogres plunged into the water pursuing the derelict raft.

The Ettin began by flaying those in his immediate reach while Korra and Bruno began to stab at the giant. Asher forced the Ettin to attack the ropes holding the raft still. As the raft split into three, Piero found himself the sole combatant against the Ettin. The ogres went and pursued the two other rafts as one was handily slain by Korra. Bruno and Abadon found themselves in some difficulty facing the other ogre alone so they flew away together. Asher enlarged a enwolfed Piero who began engaging the Ettin. Eventually the 3 giants were slain allowing the group to relash the barges together.