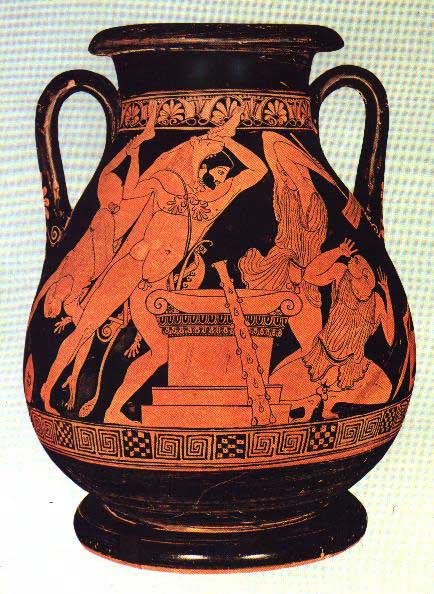 The party reached the promontory above the vampiric tree. A length of vampiric brambles separated the party from the altar. They began to attempt to sneak, however Korra loudly gave away their position by running into a bramble. Quickly the mages began to run up towards the altar.

Korra rushed towards the altar, ducking the vampiric brambles. Piero was a mere step to her side, once again ablaze. As Korra came within javelin distance of Belak, Abaddon curled his fingers and his eyes blinked quickly.

Korra ground to a halt as she drew sight of Piero on the altar. Korra quickly turned only to see Mela, a haunted shadow of the child she was. The red moons light bathed the altar in its light, speckling the surroundings as it filtered through the corrupt tree. Piero unbridled his anger and bellowed his blood thirst. The howl echoed and resonated in the cavernous chamber creating a deafening clamor. Korra wheeled back towards the altar, something was far amiss. As Piero leapt onto Belak, that which Korra had feared had arisen; Piero had given himself in towards the beast and had only thoughts of ripping its meal.

Fiends were closing in on Korra, her heart racing, she grabbed Mela and ran for the gate.