"...Our bad ideas are also poorly executed by definition." 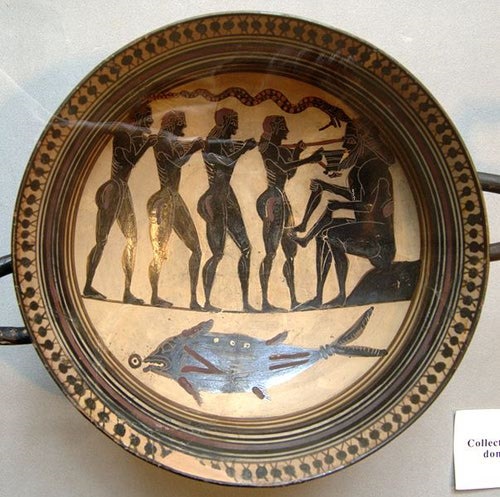 Korra Lander the Aristocrat and Leader of the group
Bruno Trickfoot the Expert on traps and animals
Piero Malatesta the hot-headed Renaarian Warrior
Abadon, the Mage the indentured servant and Alchemical Sage
Asher Tradefolk the Outcast Adept

An ogre has been terrorizing the Thorp of Dundenvale, making demands of alcohol, cattle, and slaves. Unreasonable as these demands seem to be, the thorp and the ogre live in an uneasy compromise. However, one day, as with any bully, the ogre demanded more than the people of Dundenvale could stand. Taking the much-beloved triplets, whom everyone was acquainted with (some more than others), the town’s protectors resisted the ogre. These protectors, worn and old adventurers themselves, proved no match to the hulking brute. It then falls on the inheritors of the thorp (all in NPC classes) to slay the ogre, and bring back the triplets of the town from Skulltop Hillock so named for it’s obvious skull shape.

Bruno Trickfoot is to sneak into the cave to blind the ogre. Ghost Sounds cast by (Trent) will lure the Ogre out of the skull-shaped hill, and the remaining team will pour burning oil on the ogre. The team will then attack the ogre with missile weapons until the ogre is vanquished.

No Accounting for Vultures

Upon arriving at Skull Hill, the group was met by a goblin who appears to be serving as a lookout. After subduing and intimidating the goblin, the group quickly went to their positions. As the oil team climbed the hill, Piero was attacked by a vulture, which had a nest in one of the eyes of Skull Hill. The resulting chaos drew a hostile wolf from the cave. However, before the wolf became a problem, Korra skewered the intruding beast with a lance charge. Once the vulture has been dealt with, the warrior saw the ogre through the eye socket of the hill.

The Capricious Nature of Plans

Having decided that it was the best course of action, Piero leapt down from his thirty-feet vantage point, and landed dagger-first onto the ogre’s back. The Renaarian warrior slashed at the ogre repeatedly before being caught between the creature’s meaty hands, and flung across the cave room which downed him quickly. The ogre strode furiously towards the fallen warrior. Then, as if like in the stories, Korra the Aristocrat, in her resplendent armor, Joined the fray. Having navigated the cave, with lance at the ready, she charged the ogre, and landed a solid hit. However, while impaled with the lance, the ogre grabbed her and brutally threw her to the ground knocking the wind out of her. Things looked grim for the two fighters. Fortunately, the rest of the group decided to stick to the plan. Lured by the ghostly voices and the fact that his enemies were already limp at his feet, the ogre ran for the entrance only to be set on fire by Abadon. Two of the specialists dogs were injured from biting the flaming ogre as it ran towards the entrance. Finally, the adept poured the oil on the ogre, and the resulting conflagration slayed it.

In the chaos no one noticed the goblins sneaking away to where the party can only guess.

The adventurers then found a secret cave entrance and marched down the staircase stoically. After slaying several beetles with fire, and setting a mushroom forest on fire, the team found the tomb of a warlord. Opening the tomb, the ghoulified warlord attacked the party only to be ripped asunder by a critical glaive attack by Korra. Marching further down through the tunnels, the group found a wizard’s study containing several minor golems (animated household objects) to attack them. The triplets were found imprisoned and were hysterically crying for rescue as they believed they would be sacrificed to the hideous toad-faced demon altar of the evil wizard. They also learned that a dwarf had been assisting the wizard, perhaps under magical compulsion.

I’ll Beat a Motherfucker with Another Mother Fucker 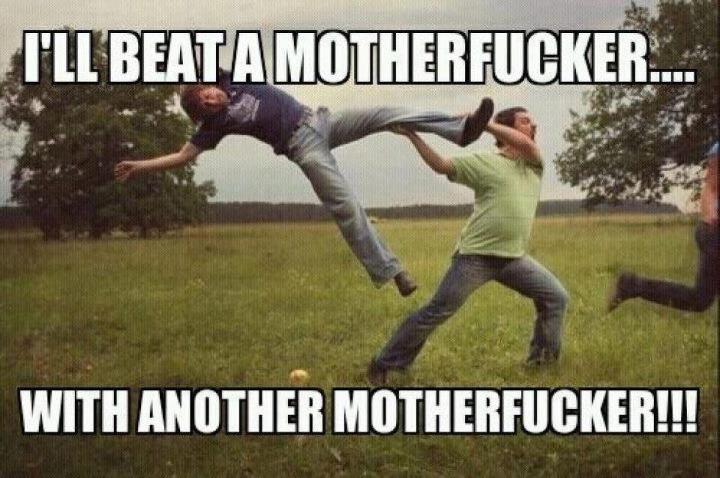 Having interrupted an infernal ritual, the party viciously attacked the wizard that was attempting to sacrifice one of the townsfolk. A snake and spider leapt at the warrior while Korra battled a fire elemental. The dwarf took an arrow to the knee and immediately fell to the floor. The wizard used the party’s tactic against them by setting the group on fire. The alchemist responded to the wizard threat by setting the wizard on fire. The leaping spider was slain as it leapt towards Korra, and the warrior managed to get a firm grasp on the snake. The adept became beguiled by the wizard to create water and put out the fire creeping across his body.

The warrior walked up to the wizard, clearly having enough of this shit, and strangled him with the snake, throttling him senseless. The warrior then hurled the body down the demon frog altar, after which a voice heard only by Piero stated these ominous words: “The pact has been made, the power is yours”.

Thus, in a single day, the enterprising group (of upjumped NPCs) saved the town (?)

Rewards were granted to members of the group by the thankful township. The triplets returned to their work at the Inn and remain ESPECIALLY thankful to their mighty rescuers.

Asher Tradefolk requested a boon in helping find the family that abandoned him.

Abadon requested the repayment of his indentured servitude.

Behind the Screen and Beyond the Scene

Continuing the Coin of Power Trilogy