Skirmish in the Shantytown 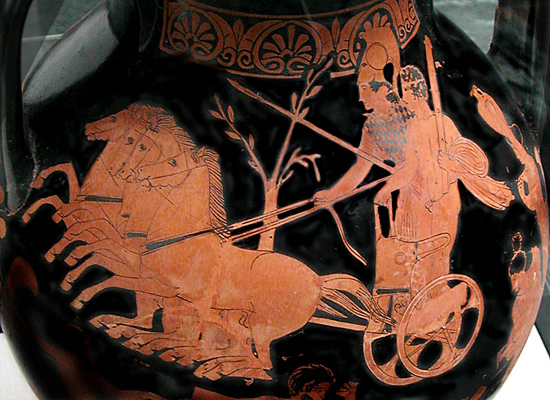 h3. Adventuring Party
In a wagon among the caravaneers headed from the port city of Baneta to the capital city of Bet Rogala.

NPC Party Members the in Wagon:

The trip from Baneta was hand-waved away. They fell in with a caravan heading to Bet Rogala (the capital) for the safety and company of other travelers. Baneta adventures will happen on the way back. They still have not reported on the activity of the Slavers on the Renador River.

The party was joined by Lucius (a Cleric of Freedom), and two very stereotypically filthy commoner humans going by ‘Aegis’ and ‘Stalwart.’ ‘Stalwart’ and ‘Aegis’ sought Lukas Travail the Folk Hero and were directed by the Cleric of Fate towards the party. The Cleric of Freedom is going to the Capital to receive supplies to reopen the temple in Dundenvale after the disapperance of their resident cleric.

Korra’s deep seated respect for the clerics of that faith lead her to invite Lucius to join them for meals where as Pierro and Bruno were enthralled with the ballads of bar room brawls by Aegis and Stalwart. Arianthana, an overly kind and trusting individual, took pity on these individuals and also desired to share provisions with each of these fellow travelers.

The Goblin twins, as well as the Fey joining on the trip had to be kept out of trouble but that is a story for another time.

Initially Korra was very suspicious of these men demanding to speak with her adoptive father figure. ‘Stalwart’ seemed very distasteful of humans which increased the suspicious of the others. Pierro’s keen eyes saw that the individuals were disguised, but no one knew who they really were or why. The pair revealed themselves to be Aegis of Doulatharion and Flyn’nt ’ender of Karasta. An elf and a dwarf both fleeing oppression, conquest, and enslavement in Kalamar to Pekal in hopes of finding aid for the plights of their respective peoples.

Almost as soon as this reveal occurred, dozens of bolts pierced the wagon in which everyone was speaking in hushed tones. The Cleric of Fate was felled and Pierro was bit deep by a sliver-tipped bolt, the pain shocked him but barely did not drop him. A cry of “Here Comes Halfling Death!” arose and battle was joined. Bruno was the first to act and tried to see why a ‘Halfling Cleaner Crew’ was attacking the party. The Caravan had slowly left them behind as they talked and the halflings going about their business in the shantytown slum had revealed themselves to be a gang of well armed hitmen replete with a mini – onager and dog chariots to chase down the wagon as they fled. Before losing consciousness the Cleric of Fate cast a spell to keep the Oxen moving the wagon forward despite their many wounds.

The Dwarf used a taste test to not only determine that the bolts were made of myriad metals such as: silver, adamantium, steel, cold iron, and mithril; but that the bolts were poisoned as well! Only his dwarven constitution saved him from the poison which would feel other members of the party. The rest of the party took to arms and tried to defend the wagon as best they could from the charioteers. Arianthana bravely (and perhaps foolishly as well) leapt out to disable the onager from firing but was quickly felled by the dozens of halfling hitmen. The misfire of the onager set part of the shantytown ablaze. Bruno’s fey fiancee used her pixie dust to spread confusion amongst the halflings and the party managed to fend off the charioteers.

The Dwarf fell wounded from the careening cart as it lost a wheel and pierro leapt out to retrieve the dwarf while the cleric and Aegis tried to get arianthana back on her feat. Bruno’s boon proved useful in keeping the cart running on it’s three wheels and administered a potion to the downed cleric.

Aegis had to be thrown a rope. He used his shield so as not to be drug bloody behind the wagon as he tried to take parting shots at the halflings whom were dealing with the oil slick overturned by the other party members.

Implications of the Revelations

Distribution of Rewards including INSPIRATION Points

As mentioned Inspiration has moved from a binary condition to a ‘pool’ of dice like certain feats and class features. A mixture of XP and Inspiration Points will be awarded for good roleplay, facilitation of fun, and maintenance of the campaign world. Occasionally special equipment may be distributed for these factors as well. An MVP will be voted upon by the players after each session following a short discussion whom shall receive a reward of the kind noted above.